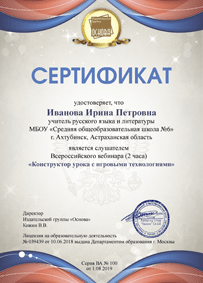 1 уровень: Write out the verbs in the Past Progressive.

Last Sunday Olga’s father Boris spent all day in the garage. While he was busy there, the family were busy in the house. His wife Maria was cooking a Sunday dinner. She made all the dishes her husband and her children loved. Lena was busy too. She was painting a picture of their garden. Lena’s brother Yura was doing his lessons and reading his favourite book.

At seven o’clock all the family were sitting around their dinner table. They were enjoying the dinner and talking.

was cooking, was painting, was doing and reading, were sitting, were enjoying and talking

2 уровень: Open the brackets using the verbs in the right forms.

3 уровень: Imagine that your mother went shopping. Write what you, your father, sister (brother) etc. were doing when she came home.

When my mother came home, I was reading a newspaper.

My father was watching TV when my mother came home.

My sister and brother were playing with a ball when my mother came home.

Формулировка задания: Read the text and write the sentences in the right order.

I'm Jack Wilson, a pupil from London. My friend Val is a university student now. He is older than me but we are true friends. Val often helps me with my problems and teaches me to do a lot of useful things.

Val has got a lot of hobbies. He likes collecting different things. When he was at school, he collected stamps, coins and badges. He kept them in big albums and was very proud of them. Once he brought them to school and we could see them all. His collections became famous in our school.

But Val stopped collecting stamps and badges last year. He took up photography. He says pictures are easy to take and it's fun to take them. Some of his photos are very good, some are unsuccessful. Val is learning and I know soon he'll be one of the best photographers in his university.

3) Jack and Val are friends.

4) He is really fond of photography.

5) He showed his collections to his classmates when he was a pupil.

Jack and Val are friends. Val often helps Jack. Val likes collecting. He showed his collections to his classmates when he was a pupil. Last year Val stopped collecting and began taking pictures. He is really fond of photography.