Marble –hard limestone is used in sculpture and architecture

Balustrade - a low parapet or barrier, bannisters with figure columns

Porcelain= China - a type of ceramic

General Information: Buckingham Palace has 775 rooms. These include 19 State rooms, 52 Royal and guest bedrooms, 188 staff bedrooms, 92 offices and 78 bathrooms. In measurements, the building is 108 metres long across the front, 120 metres deep (including the central quadrangle) and 24 metres high.

This is Buckingham Palace, which is the official residence of Her Majesty The queen.

You’re going to come with me for a tour, so please, come on in.

You are now standing inside the Grand Entrance of Buckingham palace. The Buckingham Palace is the home of Her Majesty The queen, The Duke of Edinburgh and the other members of the Royal Family, so it’s a beautiful place. Butt still a working palace that’s what’s really important to remember. My role as Master of the Household is a very ancient role. It is over 400 years old. It started off with James I in 1603. In modern terms, I would say, people would call me the Chief of Operations Officer for the queen. I would now like to introduce you to Anna Reynolds. Anna is the curator of paintings for Royal Collection Trust, I’m going to take you on Expedition through Buckingham Palace today, pointing out some of the highlights and showing you the various rooms that make up the Palace. This was not always a Palace. Buckingham Palace was not always a Palace, it was actually originally a smaller house called Buckingham House and it belonged to the Duke of Edinburgh which who is named after.

It was bought as a private family home by George III. His son, George IV decided that he wanted to make it more magnificent and turn into a palace. He engaged the architect John Nash to make changes to the palace and make the rooms larger. He actually changed the Entrance Hall here, he lowered the floor, so the ceiling would appear taller and he added the amazing flights of stairs that really give you this sense of excitement as you move up into the rest of the State Rooms. Something that you might spot are all the different marble columns that are around this room. There were originally a hundred and four here in the Marble Hall- that’s why it’s called the Marble Hall. In 1829 one vey very large of marble was brought along the Thames. It actually weighed as much as 2 double-decker buses, so you can imagine. It took 17 horses to transport it here. We are going to continue up the Grand Staircase. One of the most expensive things in the Palace is something you might not expect- it’s the balustrade. You can see here making up the bannister, this actually made of gilt-bronze, so its bronze that’s been cast into this very ornate design and then covered in a very thin layer of gold and it makes up this Grand Staircase. As visitors move up from the darkness of the Grand Entrance into the light up here, it creates this magnificent feeling.

After you come up the Grand Staircase and through the Guard Room, you enter the Green Drawing Room. I think It is easy to understand why it’s called the Green Drawing Room. The walls have always been hung with green silk and it is replaced about every 30 years. You can also see here green upholstered furniture and and green Serves porcelain on the various on different mantelpieces and on cabinets around the room. Now, one of my favorite pictures in the whole Collection and in this Room, is this one here which shows 3 daughters of George III, and I love this painting because it shows 3 children who actually lived here when this was Buckingham House when it was still a private home.

Now we are going to go into the Throne Room. This magnificent room is the Throne Room. So as you walk up the Grand Staircase and progress through the different rooms you reach the Throne Room. The throne of Her Majesty The Queen Elizabeth II is on the left and that of her husband, Prince Philipp, the Duke of Edinburgh, is on the right. What makes the room, so special is the fact that is was designed by a theatre designer, so that element of theatricality is everywhere. There are swags of curtains that look like curtains that close onto a stage, you’ve got these amazing sparkling chandeliers that now are electric light, but originally when this room was built would have been candle light.

We are now standing in the Picture Gallery at Buckingham Palace, which is incredibly long room that was created by knocking through three rooms in the original Buckingham House. Right in the middle of the Palace, this room was made by George IV because he wanted to display his amazing collection of paintings. George IV absolutely loved painting and he bought particularly Dutch art which is what you can see surrounding the walls at this end of the room. There are lots of Italian pictures and I’d like to point out this, which is this view of Venice by the Italian artist Canaletto. We have the largest collection of Canaletto in the Royal Collection that exists anywhere in the world. There are over 50 in the Royal Collection and they were all bought as a group. They came into the Collection by George III in 1762 when he bought entire group of pictures and used them to decorate his palaces. Now, to tell you about a bit more what this room looks and feels like on the evening of a State Banquet, I’ll pass over to the Master again.

Well, you can imagine this is the centerpiece of a State Visit. A State Banquet is a fabulous spectacle. As you can imagine, the atmosphere is electric. Exactly where I’m standing now is where The Queen is at the top table. The Queen is sitting here, and can see me, I’ve only very clearly if anything going wrong The head of State is on her right-hand inside. You can imagine over 200 people in this room, 271 guests, and the tables are groaning with the silver and gold, with over five and half thousand pieces of silver, over 2,000 of cutlery: knives, forks, spoons, and over a thousand glasses, all Georgians glasses well, over 200 years old. Then we’ve got about eighty of my staff serving these hundreds of people four courses and five types of wine. At the end, the finale is created by 12 pipers, walking around the Ballroom, the whole room is filled with a glorious sound of bagpipes, and they really do sound fantastic. So it gives a completely new meaning to so all surround sound.

Now this is the White Drawing Room. It’s another one of the rooms of the Queen uses for entertaining and and receiving guests. You can see it is one of the most ornate with amazing chandeliers, yellow upholstered furniture and then over in the corner there is a gold piano, it was bought by Queen Victoria. She actually played the piano very, very well with her husband and it is decorated with mischievous monkeys making music getting up to all sorts of trouble. Another amazing work of art in this room is this desk, which is from the late 18th century, and it was made by cabinet maker John Amy Visna and inlaid with all sorts of different wood and originally when it was made the would have been different colours so the patterns that you can see which are flowers and fruit would have stood out much more strongly. But even within six months of it being made that faded to all these different kind of browns. This desk is vey special because it has a complicated mechanism inside. You can actually only open the lower drawers when the top of the desk is rolled back and there are secret drawers and a secret hidden compartment. This is another secret in this room I’m going to show you. If you follow me – not everyone gets to see this – this is a room from where the Queen can suddenly appear and that’s because there is a secret door. When you look at this wall you see the fireplace and on either side you you see cabinet with porcelain and candelabra on top but the cabinet on the left actually opens and it reveals the secret door. That’s where The Queen comes from her private apartments when she is meeting guests here.

I just wanted to say thank you so much for letting me show you around. I hope you’ve enjoyed it/ hope you enjoyed finding out more about rooms with some of the amazing paintings and works of art here. We really hope you’ve enjoyed you tour of Buckingham Palace, we certainly enjoyed having you and thank you so much for coming to join us. If you have an interest in anything you have seen if something has caught your eye-a picture of work of art-please don’t hesitate to visit our website its royalcollection.org.uk There are a lot of information there, particularly about school resources, school trips and e-learning resources, for teaching resources all on the website, for all the occupied palaces specifically Buckingham Palace but also Windsor Castle in Berkshire, England and also Holyroodhouse in Edinburgh, in Scotland. Thank you so much for coming again and please come back again for a visit. 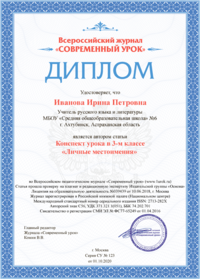 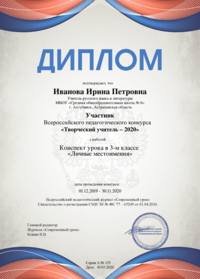